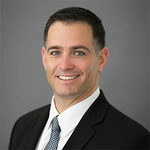 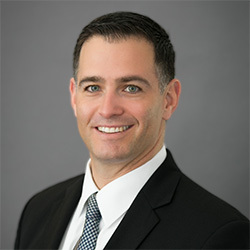 Green | Evans-Schroeder (formerly Law Offices of Matthew H. Green) focuses on the aggressive defense of immigrants. A native of Arizona, Mr. Green understands the difficulties that immigrants and families of immigrants face when a loved one is charged with a crime. He knows how frightening it can be for someone who has been arrested by the Immigration and Customs Enforcement Agency ("ICE"), and placed into removal, or deportation, proceedings. Often times, an immigrant faces deportation only after he is found guilty of committing a crime. For this reason, Mr. Green's law practice focuses on effective criminal defense of immigrants charged with crimes so that they may avoid removal (deportation) charges altogether.

In addition to criminal defense, Mr. Green's law firm also emphasizes removal (deportation) defense of those immigrants who must fight deportation. The majority of Mr. Green's clients are placed in detention in Florence, Arizona, or Eloy, Arizona. Our law firm represents these individuals in the Eloy and Florence Immigration Courts. Mr. Green represents immigrants with cases in the Tucson Immigration Court, and the law firm serves those people who are arrested in Nogales, Arizona, and Douglas, Arizona.

Mr. Green also represents clients charged with felonies in the U.S. District Court in Tucson, Arizona. At any given time, Mr. Green defends a variety of clients who have been charged with crimes like Illegal Reentry, Alien Smuggling or Transportation, and Transportation of Drugs. The majority of these clients are undocumented immigrants. In the United States of America, even undocumented immigrants enjoy the same rights as U.S. citizens. Mr. Green fights to protect his clients' rights, in their criminal cases and in their immigration cases.

For those immigrants who have been living in Arizona or other parts of the United States, Green | Evans-Schroeder helps these people and their families gain legal immigration status. If you are an undocumented immigrant with family members who are United States citizens, or even Legal Permanent Residents, then we may be able to help you obtain a visa or a "green card." At Green | Evans-Schroeder, our staff will help you identify all possible alternatives for legally coming to, and remaining in, the United States of America.

Mr. Green and his staff are fluent in Spanish. The majority of our immigration clients speak Spanish, and we are happy to answer questions from Spanish-speaking clients and their family members.

Thank you for contacting us. We will get back to you shortly.

Please complete all required fields below.

The Law Offices of Matthew H. Green is focused on the aggressive defense of immigrants.